me plus my microbiome

Get started
Get started Are you sure want to logout?
Microbiome or microbiota? 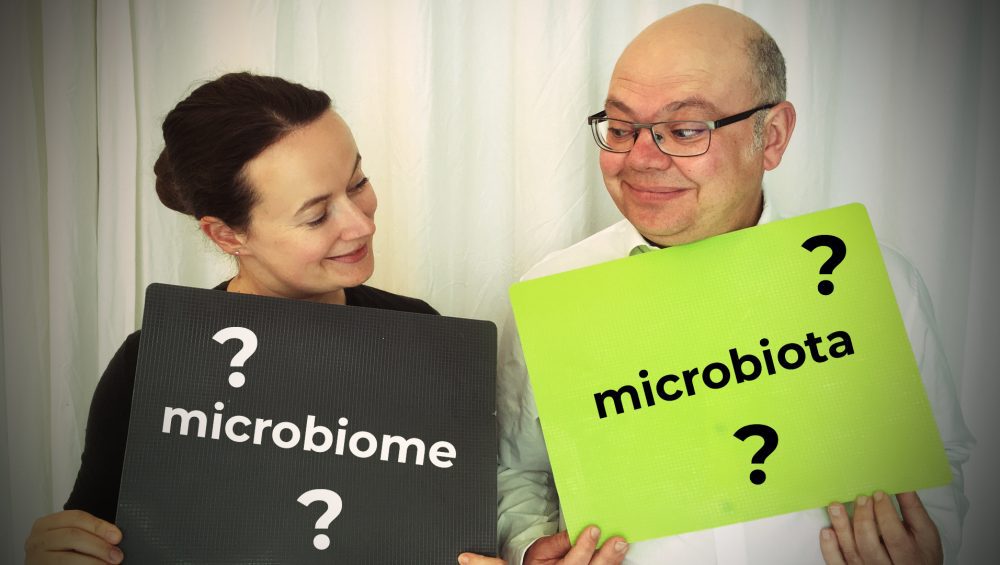 The word “microbiome” is cropping up everywhere in the media these days. Did you know that this word is often used incorrectly? From a technical point of view, the word that should often be used is microbiota. What is the difference between microbiome and microbiota?

Reading newspapers, blogs and websites, it becomes clear that the word “microbiome” is more popular than “microbiota”.
Why do people talk about microbiome and not microbiota?

The human microbiota is the “ecological communities of microorganisms found in and on humans”.

Microorganisms are all around

Today microorganisms are found everywhere: in soil, in air, in hot-water springs in Yellowstone park, in radioactive nuclear waste and yes, not surprisingly, also on our skin, behind our ears as well as inside our ears, on our eyes and inside our bodies: in our mouths and lungs. Microbes are especially abundant inside our guts.

It is estimated that the human microbiota consists of about 10 trillion microbes.

The human body is host to a vast number of microbes of different types, including those known as bacteria, fungi and protozoa (all of which are microoganisms). Together, all these organisms that live on us together constitute our microbiota.

The human microbiota consists of about 10 trillion microbes (10 million millions or 1 followed by 13 zeroes!). By such estimates, in terms of number cells, our body contains as many microbial cells as human cells. That means that, as far as number of cells are concerned, we are as much human as bacteria.

Is the fact that we have so many bacteria in and on us disgusting and dangerous? Well…Whilst some bacteria are dangerous and make us ill, remember that microbes have been there since the beginning of life. We humans are in fact evolved from such organisms. And in addition, we have co-evolved with their presence all around us and even in us. It is a very long relationship and, in effect, they are part of us, part of who we are. We function pretty well thanks to our bacteria.

It has also been estimated that our microbiota, together, contain at least 100 times more genes than are present in the entire human genome. There are hundreds, perhaps thousands of different bacterial species present in our bodies. In other words, we carry many times more bacterial genes around with us than human genes. The collection of genes contained in our microbiota is known as the microbiome.

Our microbiota, together, contain at least 100 times more genes than are present in the entire human genome

Thanks to DNA-sequencing technology, it has become pretty straightforward to detect the presence of bacterial genes in human samples, for example in poop (feces). The DNA sequences of bacterial genes -the microbiome- tells us about which species of bacteria were in the sample and in what proportions.

Number of bacterial cells of microbiota & genes of the human microbiome:

DNA sequencing of the microbiome:

To provide the best experiences, we use technologies like cookies to store and/or access device information. Consenting to these technologies will allow us to process data such as browsing behaviour or unique IDs on this site. Not consenting or withdrawing consent, may adversely affect certain features and functions.